Turkey’s hazelnut exports up over 43% pct in 4 months

According to the news of Hürriyet Daily News, Turkey’s hazelnut exports rose 43.1 percent to reach 168,604 tons from September to December 2019, a regional trade union announced on Jan. 6.

The Black Sea Hazelnut and Products Exporters’ Union reported that Turkey earned $1.09 billion from hazelnut exports during the first four months of the season, which starts in September and ends in August.

In the same period last year, revenues were $711.6 million.

With nearly 78 percent of total exports, the EU continued to be the top market for Turkey’s hazelnut exports.

The union’s figures said 35.6 percent of the country’s hazelnut exports were processed products worth some $381.9 million, while the rest were raw hazelnuts.

Source: Hürriyet Daily News / link: http://www.hurriyetdailynews.com/hazelnut-exports-up-over-43-pct-in-4-months-150683
Legal Notice: The information in this article is intended for information purposes only. It is not intended for professional information purposes specific to a person or an institution. Every institution has different requirements because of its own circumstances even though they bear a resemblance to each other. Consequently, it is your interest to consult on an expert before taking a decision based on information stated in this article and putting into practice. Neither MuhasebeNews nor related person or institutions are not responsible for any damages or losses that might occur in consequence of the use of the information in this article by private or formal, real or legal person and institutions. 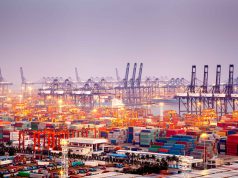 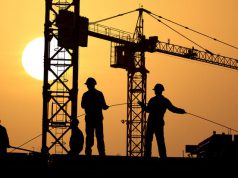 Construction cost index in Turkey increased by 1.36% in May 2020 compared with previous month

Construction cost index in Turkey increased by 1.36% in May 2020 compared with previous...

The overall export unit value index decreased by 3.5% in Turkey...