Structure of Earnings Survey, 2018 in Turkey

Annual average gross earnings was 49 thousand 001 TL in 2018 according to the results of Structure of Earnings Survey 2018. The figure was estimated as 50 thousand 297 TL for male employees and 46 thousand 208 TL for female employees.

The highest earnings was attained by the group having higher education

Earnings of employees demonstrated an increase as the level of educational attainment advanced. The highest earnings was obtained in the group of employees with higher education which consist of university and higher degrees of education. It was 78 thousand 041 TL for male and 62 thousand 051 TL for female employees in that group.

The highest earnings pertained to the information and communication sector

Structure of Earnings Survey is a four yearly survey, which has been implemented simultaneously with the EU countries since 2006. Structure of Earnings Survey 2018 is the fourth application of the series started to be implemented to achieve the purpose of giving information on the level, structure and development of wage and earnings. The survey was implemented in 2019 by referring to the month of November 2018 as well as the information pertaining to employees throughout the year covering the B-N and P-S sections (industry, construction and services) of the European Union Economic Activity Classification (NACE Rev.2) in 16 thousand 674 establishments selected by sampling method. Persons employed as wage and salary earners are covered in the survey. Female employees constitute 31.7 % of the total employees in the economic activities covered by the survey. 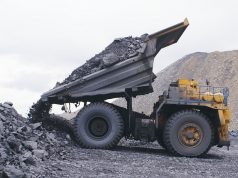 Do companies that are subject to independent audit have to apply e-Invoice and e-Archive...