According to the article of Turkish Exporters Assembly, Turkey, with its geographic location and young and dynamic population living in this land, the world’s 17th largest economy and a G20 country that maintains its growth dynamically, and with its successful economic reforms and support programs, is a country that provides an important basis for the healthy growth of the entrepreneurial ecosystem, not only geographically, but also provides important advantages for the world entrepreneurship sector.

Turkey, with its geographic location and young and dynamic population living in this land, the world’s 17th largest economy and a G20 country that maintains its growth dynamically, and with its successful economic reforms and support programs, is a country that provides an important basis for the healthy growth of the entrepreneurial ecosystem, not only geographically, but also provides important advantages for the world entrepreneurship sector.

Compared with the United States and some European countries, the number of newborns reach 1.3 million per year in Turkey. This provides a productive and conducive environment for companies such as ‘Ebebek’ to rise and grow rapidly. (worldpopulationreview.com)

When we examine the year 2018, in which the internet usage reached to 52%, above the world average, and the mobile usage reached 98%, the increase in smartphone usage from 66% to 77% in 2019 shows how high the digital adaptation is in the country and is of great importance for investors who want to move towards e-commerce.

Alongside the payment methods such as credit card and debit card, alternative methods such as e-wallet and payment infrastructures of social media platforms for use in e-commerce is growing in Turkey.

E-commerce saw a 42 percent growth in 2018 compared to the previous year and the e-commerce market reached TL 59.9 billion. The size of the Turkish information technology sector has almost doubled since 2014, with an annual average growth rate of 17% and has reached a total of TRY 131.7 billion. While in 2014, e-retail sales constituted 2,4 percent of all retail sales in Turkey, this rate reached 5.3 percent in 2018. This rate was 5.9 percent in developing countries and 11.1 percent in developed countries in 2018. Along with this change, as of 2018, Turkey is located above Russia and India in this ranking. (tubisad.org)

Looking at the rapid popularization of the game industry in Turkey, while the number of players reached 30 million, according to 2018 data released by the Ministry of Trade, the export volume has exceeded USD 1 billion. Turkey, with over 500 small and medium-sized game studios, has the highest number of game studios in Eastern Europe, Middle East and Africa. (NETMARBLE)

In the hyper casual area, which has recently been on the rise, Turkey attracts attention with the intensity of its developers and publishers. In September, 5 of the top 15 most downloaded games in America were served by Turkish developers and publishers. The global publishers, who are aware of this situation, are trying aggressively to open offices in Turkey. With all these developments; starting with Joygame and continuing with Peak, Gram and Masomo, the output of large enterprises from Turkey is expected to continue accelerating.

The ideal market for start-ups to globalize

It can be said that one of the most important factors in the gradual increase of technology ventures in Turkey is having a larger educated population than most European and Middle Eastern countries. When examined across Turkey, with 207 students enrolled in associate degree programs in the year 2018 to 2019, almost 7.75 million students enrolled in third-level education.

In Turkey, about 95,000 of the 900,000 expected graduates in 2019, which is more than 10%, are graduate from the engineering department and 23,000 people graduate from computer/software related departments. The number of engineers graduated in Germany is around 75,000, while in the United Kingdom this number is 37,630. Given these figures, for the emergence and expansion of initiatives in sectors such as educational technologies and games, Turkey presents itself as an ideal market for growth. (hesa.ac.uk & destatis.de)

Examining the development of impactful crypto sector in recent years in the world, Turkey seems to have left behind many countries with the amount of its population who use crypto currency. According to the research results covering 13 countries in Europe, the USA and Australia, done by Statista, 70 percent of the population of Turkey is familiar with crypto currency, making Turkey a huge market for crypto currency ventures. This number is 66 percent in Europe.

According to the survey, the ratio of those who have money crypto is quite high in Turkey, one in five people (20 percent) have Bitcoin or a different crypto currency. This rate is 9 percent in Europe, 7 percent in Australia and 8 percent in the USA. With the advantage of geographical location and fund of knowledge about crypto money and blockchain, Turkey’s potential to become the rising epicenter of blockchain technology is grabbing attention. The recent events such as Eurasia Blockchain Summit and Blockchain Economy ‹stanbul have become an attractive meeting place for thousands of people from America, Asia, the Middle East and Europe.

Transition to Blockchain in  public and private enterprises

The Blockchain Turkey Platform founded under the leadership of Turkey Informatics Foundation (TBV) in order to increase awareness and use of Blockchain started working with the support of organizations from different sectors in Turkey with the goal of creating a powerful blockchain ecosystem. In addition to the trainings and activities organized and various informative publications and content, the platform has started to sign important collaborations with science, industry and technology academies, think tanks, universities, blockchain platforms of other countries and associations.

In addition to many large institutions and organizations that have started to work on blockchain technology, institutions such as Borsa Istanbul, Takasbank, Undersecretariat of Treasury and Central Bank of the Republic of Turkey (TCMB) announced that this issue was followed closely and supported.

Formation of Technoparks, that serve as a bridge between universities and the private sector and help commercialize the research and help facilitate the joint projects between the academic world and private companies, started in 2001 and developed rapidly in Turkey. According to a report published by the Turkey Investment Office, the number of Technoparks in Turkey has reached 81 in 54 cities.

In Techoparks, which provide many advantages to the enterprises during the establishment phase, 5334 enterprises employ 51.574 people in total, the number of patents registered by the companies operating in the region is 1,053 and the number of patents in progress is 2.260. Total endorsement of these companies increased by 23.1% compared to the previous year (2018) and reached TRY 16 billion and total export volume increased by 31 percent, compared to the previous year, to TRY 3.8 billion.

Turkey is on the radar of venture   funding companies

Considering the educated population in Turkey, the technological research and development, venture centers and the growing ecosystem figures, it appears that the technology entrepreneurship will rapidly develop and become a hub where the number of projects that will achieve global success will increase gradually. In fact, realizing the potential in Turkey, Sequoia Capital, Wamda Capital and Tiger Global, as foreign investors, have confirmed it by investing in the market of Turkey.

Entrepreneurship ecosystem, which has been improved through supportive reforms provided by the state, is swiftly advancing towards maturation. The major state-sponsored institutions that incessantly support the entrepreneurs and investors in Turkey are: Small and Medium Industry Development Organization (KOSGEB) and the Ministry of Treasury and Finance of the Republic of Turkey.

Although, the fact that some Venture Capital companies approached the end of their funding periods as of 2018 and this caused investments to decrease compared to the previous year, with the new and larger funds established by these Venture Capital companies, newcomers to the ecosystem in 2019 and the Tech-InvesTR program initiated by the Ministry of Treasury and Finance of the Republic of Turkey, an increase in investment values is expected by 2020.  As of 2019, 471 informal investors, 163 corporate venture capitals, investment centers and more than 50 acceleration centers actively support the entrepreneurial ecosystem.

Every year in Turkey, global-scale activities are organized for those who wish to closely follow prominent speakers, entrepreneurs and investors. In 2019, as in previous years, nearly 30 large-scale technology events and conferences entertained thousands of entrepreneurs, investors and experts from Turkey and around the world. It is possible to come across small-scale trainings, conferences and events held specially for the fields of technology such as blockchain, artificial intelligence, IoT and new media in dozens of different places in Turkey.

If we talk about the number of people affected by some important activities and the impact of these activities, this year, the number of applications for Startup Turkey, where 100 initiatives from 65 countries came together, reached 130,000. In the annual Big Bang Start-Up Challenge, a total investment of TRY 21 million was made in the enterprises in 2018. While the 7th year of the Innovation Week, entertaining 20 thousand 800 people on the first day, reached the highest number of participants with about 40 thousand participants, Teknofest, which hosted 1 million 720 thousand people this year with record breaking participation, has become the world’s largest aviation, space and technology festival.

In light of all these developments, Turkey will continue to be a center of attraction with its demographic, economic and rational advantages and opportunities in the new era of the changing and transforming world and will be the center and catalyst for many initiatives that will mark the near future. A growing amount of entrepreneurial companies, pool of funds, government support and infrastructure offer opportunities for Turkey to prove its true potential. Global companies that become aware of this unique ecosystem are becoming, and will continue to become, a part of this ecosystem.

Source: Turkish Exporters Assembly / link: https://www.tim.org.tr/en/articles-evaluation-digitalization%C2%A0dynamics-of-turkey-exclusivity%C2%A0to-centrality.html
Legal Notice: The information in this article is intended for information purposes only. It is not intended for professional information purposes specific to a person or an institution. Every institution has different requirements because of its own circumstances even though they bear a resemblance to each other. Consequently, it is your interest to consult on an expert before taking a decision based on information stated in this article and putting into practice. Neither MuhasebeNews nor related person or institutions are not responsible for any damages or losses that might occur in consequence of the use of the information in this article by private or formal, real or legal person and institutions. 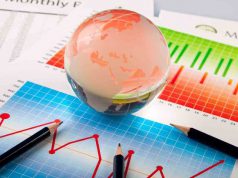 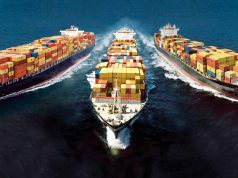