According to the news of Istanbul Chamber of Industry, Istanbul Chamber of Industry (ICI) Turkish Manufacturing Industry Export Climate Index October, the leading indicator measuring the activity conditions of Turkish manufacturing sector on main export markets increased to 50,3 in December and pointed out to a strong improvement in export climate of manufacturing sector at the end of the year. Economic activity which moved to regrowth area in Germany which is the biggest export market of Turkish manufacturing industry played a role in the improvement.

While indicators towards acceleration of growth in USA drew attention, economic activity continued to grow in Saudi Arabia and UEE; however, it lost speed. While economic activity shrank in Egypt, Lebanon, Qatar and other countries, economic activity increased in BRIC countries whose share within the export of Turkish manufacturing industry is around 3 percent.

The December 2019 results of Istanbul Chamber of Industry (ICI) Turkish Manufacturing Industry Export Climate Index which measures the activity conditions of Turkish manufacturing industry at main export markets were announced. All figures to be measured above 50,0 which is the threshold in index points out to the recovery while others to be measured under 50,0 point out to the deterioration in export climate.

According to the data announced as independent to seasonal impacts, ICI Turkish Manufacturing Sector Export Climate Index which was recorded as 50,1 in November increased to 50,3 in December and pointed out to a strong improvement in the export climate of manufacturing industry at the end of the year. One of the factors which resulted in improvement in December is the movement of economic activity in Germany which is the biggest export market of Turkish manufacturing sector into regrowth area. Growth in production had a moderate appearance and the increase experienced ended the 3-month-shrinkage period.

It was observed that demand conditions in other main markets continued to decline. While economic activity recessed for the fifth month in a row in United Kingdom, the decrease realized in the same speed with the November decrease. Production experienced decrease for the second month respectively in Italy. Recession had a moderate level and it was recorded in the highest rate since January 2019. Other important European markets which experienced decrease in the production were Holland and Poland. The increase in economic activity in Spain and France and acceleration of growth in Spain compared to the previous month were recorded as relatively positive developments.

Indicators towards growth in USA

Indicators towards the acceleration of growth in USA in December which is the biggest economy of the world drew attention. Expansion in economic activity in the country gained accelerated for the second month in a row and realized in the strongest level since April. Complicated signals were received from Middle Eastern economies. Economic activity continued to grow in Saudi Arabia and United Arab Emirates (UAE); however, speed loss was observed in both of them. Increase in production in UAE realized in the minimum rate since September 2011. Economic activity in Egypt, Lebanon, Qatar and other countries showed shrinkage. However, the decrease in three economies realized in a more moderate level compared to November.

BRIC countries had a generally positive appearance in this sense. Economic activity in four economies whose share within the export of Turkish manufacturing industry is around 3 percent experienced an increase. The strongest expansion realized in Indian economy where the growth reached the highest speed of the last five months. Just as experienced in the last months, the strongest increases in production in December were experienced in Sub-Saharan countries such as Nigeria and Uganda.

Source: Istanbul Chamber of Industry / link: http://www.iso.org.tr/news/ici-turkish-export-climate-index-december-results-were-announced/
Legal Notice: The information in this article is intended for information purposes only. It is not intended for professional information purposes specific to a person or an institution. Every institution has different requirements because of its own circumstances even though they bear a resemblance to each other. Consequently, it is your interest to consult on an expert before taking a decision based on information stated in this article and putting into practice. Neither MuhasebeNews nor related person or institutions are not responsible for any damages or losses that might occur in consequence of the use of the information in this article by private or formal, real or legal person and institutions. 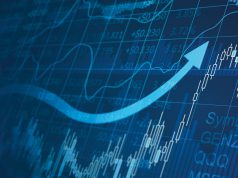 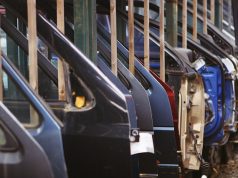