The Brexit deal is expected to cost the UK economy as much as £100bn over the next decade compared with remaining in the EU.

An analysis has been made by National Institute of Economic and Social Research.

It suggested that by 2030, Britain would lose GDP growth equivalent to the annual economic output of Wales.

The study found GDP over the long term was forecast to be about 4% less than it would have been had the UK stayed in the EU.

National Institute of Economic and Social Research  said the cost to the economy of Brexit would be the equivalent of losing about £1,000 a year for every person in the UK.

The director of macroeconomic modelling and forecasting at the institution Garry Young said: “Leaving the EU will make it more costly for the UK to trade with a large market on our doorstep and inevitably will have economic costs.” 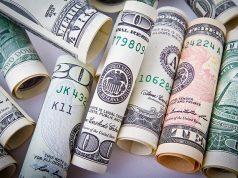 According to the International Investment Position at the end of July 2020, external assets...